Learning proper trigger Control and How to aim for new shooters is the most difficult part of using a gun. When there is a problem with your shooting it will likely have to do with the way you squeeze the trigger and grip. For example, when I first started going to the range, I would often shoot low and to the left.

Having done plenty of research and lots of dry-fire practice prior to my first trip to the range. I knew shooting low and to the left was a shooter problem and not a gun problem. After learning how to grip the handgun, proper trigger control is the next thing you will need to learn. A lot of trainers will tell just to pull the trigger straight back.

Being new to guns in general, I thought this was probably the dumbest thing I could be reading. Let’s face it, the trigger only goes straight back. I understand now what they mean by that; however, at the time it just didn’t make sense.

I imagine that many new shooters felt the same way I did. So, here was my first day at the range and already I am running into a problem that may or may not because of my trigger control. It could also have had to do with my grip, or anticipating the shot.

There is also the issue of having too little of your finger on the trigger or too much. The sweet spot is considered to be the middle of the first pad on your finger. This can be different for different people, everyone’s hands are different and every gun is different.

What was my problem? It was a combination of grip, anticipation, and trigger control. I was not holding the gun tight enough to start with. While using dummy rounds to practice malfunctions. I had noticed that I was dropping the front of the gun before it shot.

Whenever a dummy round was loaded and I thought it was a live round. The gun would drop slightly as I squeezed the trigger. The recoil of the gun kept me from being able to see the drop at first. By holding the gun tighter I was able to avoid some of this from happening. I immediately noticed that when I took my time during the shot. The shots were a lot more accurate. I then spent a couple of weeks doing drills that would improve my trigger control.

Many shooters will have the problem of squeezing more as their finger presses the trigger. Other shooters, will make the mistake of trying to shoot fast and slap the trigger, causing the gun to move. If you read the proper handgun grip. You will find that you can get away with some trigger mistakes with a tight grip.

The key with proper trigger control is not to mask trigger problems with the grip or otherways. Instead, you want to work on trigger control, so that you don’t have to think about it during a self-defense situation. If you have your finger in the right spot on the trigger and you squeeze the trigger properly. Your shots will be right where you want them on the target. The wall drill is one drill that helped me out a lot.

Drills to help with trigger control(Dry-fire only)

The wall drill is done by facing a blank wall. Then placing the muzzle as close as you can without touching it. This drill will also help you to learn how to focus better on the front sight and where the trigger breaks. Once you have the gun in place. You focus on the front sight so that is the only thing in focus. At the same time, you slowly squeeze the trigger until it clicks. The gun should not move at all.

You can perform this drill a few times a week before your practice. I started out with only doing it about 5 times and then taking a short break. I would basically do two reps of this drill. Later progressed to 10x each and now do 3 reps each time.

Make sure your trigger is set. Then place a dime on your front sight.

The next drill was called the dime drill. You can also use a penny, bullet, or anything that will balance but will also fall off easily. The purpose of the drill is so that when you squeeze the trigger it doesn’t fall off. You may need assistance putting the dime on your front sight.

This drill is done similarly to the wall drill. You squeeze the trigger slowly until the trigger breaks. At this point, the dime should still be in the same place. Now if the gun requires you to rack the slide in between shots, you will need assistance throughout. This drill should also be done in reps to ensure you are doing it consistently.

Pay special attention to your grip and what is going on with your finger as you squeeze the trigger. When you are doing it the right way, that is the trigger control you want to train.

Follow-through is one of the things that many shooters will describe differently. So much so that some shooters even believe there is no such thing as a follow-through. Personally, I found it makes a big difference in preparing for your next shot. The follow-through is what you do after the bullet has left your gun and is part of the proper trigger control.

On a pistol, you will notice that when you start to squeeze the trigger. There is plenty of space before you hit the wall. You will then push through the wall until the gun fires. The goal is to only squeeze the trigger until it fires, and not until it stops. Then to only let it travel back to the point where you are back at the wall.

You will normally hear a noticeable click to let you know you are at the right spot. If nothing else you will feel the click. The revolvers I have shot did not have any slack in their triggers. The beginning of the trigger only changed if you cocked the hammer back.

The purpose of learning to fire this way is largely so that you can get more shots off at one time. You can start at the range, by going slow and learning the trigger on your gun. As a result, if you are ever in a self-defense situation. You will be able to confidently get enough shots off to stop the threat and know that you are likely to hit the target.

Train every aspect of handling a handgun as much as possible. You will not have time to think about things during a high-stress situation. It is repeated over and over by trainers that you will likely revert back to your lowest level of training. So if have poor trigger control to start with, you will most definitely have it when you need it the most.

Other things you can practice

Below are a couple of videos from trainers that will help you to work on proper trigger control. I found myself doing a lot of handgrip exercises that would allow my grip to move less when I squeezed the trigger. The only problem with only working on the grip part is that we may need to shoot one-handed at times. Meaning, we can’t always depend on a two-handed grip alone.

Another thing I do, I take a rubber band, using my trigger finger. I start at a 90-degree angle like I would if I was ready to squeeze the trigger. Pull it about 60-degrees, about the same distance as where the trigger breaks. I make sure the rubber band is tight to start to simulate the wall on a trigger. You can even place a ball or something in your hand to act as the grip of the gun as well.

Your grip on the gun is something you will want to improve over time. As it does you will notice fewer issues with the gun moving when you fire. You will also notice a lot fewer trigger problems along the way. Guns are tools that we can use in self-defense, but they only work if we trained how to use them. 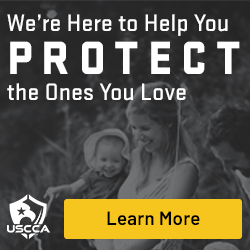 I am a father, and grandfather, who has a Masters's Degree in IT & a certified USCCA concealed carry & home defense Instructor. I became disabled from work injuries early in my adult life. I also spent most of my life being anti-gun however, after a few years of research and re-evaluation. I switched my focus from anti-gun to learning about guns. I am now the author of "From anti-gun to pro-gun and beyond". My goal is to become an Instructor for people wanting to conceal carry and learn self-defense. I am focused on sharing everything we learn here at RGD Reviews. This site was not set up to make money, although any donations and book proceeds will go to sharing future training. We thank everybody for taking part in our site and hope you find something that helps you in your gun journey.

Importance of the proper stance