The handgun grips in the photos are no longer used. The finger over the trigger guard grip in the 3rd photos. This grip gave shooters more control. A handful of guns were made with a flat spot on the trigger guard. The flat spot made it easier to control the gun. The argument against this grip was that it also takes the pressure off the grip of the gun. Making it harder to control the gun overall. Older gun videos show Jerry Miculek(fastest shooter in the world) using this technique; however, this is not the grip he teaches.

The teacup grip is something that has appeared in many movies over the years. The FBI also taught this as a proper grip in the 1980s. The teacup grip did nothing to assist with controlling the gun or the balance of it. The proper handgun grip used today does both of those things.

The final improper grip I am going to discuss is the crossed thumb grip. The thumb on your non-dominant hand crosses over your dominant hand at the rear of the pistol. The crossed thumb grip is a dangerous grip to try. While it is possible to avoid getting it hit by the slide when you shoot. It is more likely than not, you will eventually do it. Everyone who has got what they call slide bite, claims you will only do it once. This is an acceptable grip on smaller revolvers.

The proper pistol grip is very similar to the finger over the trigger guard grip. However, the finger is no longer on the trigger guard. This grip works by first placing your dominant hand on the grip. Then placing your non-dominant hand over the top of it like a vise. Both thumbs will be pointed forward toward the target. Your grip needs to be as high on the gun as you can safely get it. On a pistol that will be just under the slide.

You will also need to lock your wrist to prevent other problems. This was not a natural feeling grip for me. It took some getting used to how to form the proper grip. I spent a couple of weeks just gripping the handgun at random times. Over time the grip felt more natural.

One important thing to point out here. Is that your trigger finger rest on the slide pointed at the target. Until after you aim and are ready to shoot. You will also be using your dominant hand to push forward as you pull back with your opposite hand. The purpose of this is to stabilize the handgun. At the same time, you are applying force to keep it steady.

There are a few key things to keep in mind once you have the proper grip. First is your hands need to be squeezing down on the grip of the pistol. Second, you can use your forward thumb to apply slight pressure on the gun to keep it from moving to your weak side. Finally, you will need to use proper trigger control, which I will discuss in another post. This will go hand in hand with your stance(which you can read here).

Unlike with the revolver the combat grip is explained in many different ways. The proper handgun grip needs to be firm to reduce the recoil and muzzle flip. How firm is where the debate starts but it doesn’t end there.

When griping firmly with your dominant hand. You may notice that when you squeeze the trigger your grip wants to move with it. Because of that, instructors may tell you to use a 40-60 grip. This simply means, that your dominant hand will squeeze less than your non-dominant hand. There are of course exercises that can help reduce the effects of this.

Another way it is explained is by using both hands as a vice. The vice technic requires both hands to squeeze as tight as they can. If you watch videos of experienced shooters you will notice the muzzle of the gun barely rises. New shooters will almost always have their muzzles rise up more. The tighter you are holding the gun, the less muzzle flip you will see.

As you gain strength with your grip. You will naturally feel like you putting less force and getting the same result. As a result, you will no longer feel like you are using a vice around the gun. You may also run across other grip technics along the way.

I recently read a book where a guy was shooting a pistol with a recommended revolver grip. As a result, he felt it gave him more control than the combat grip and stated that it worked better in combat situations. I am not here to debate grips with anyone. I am simply passing along all the proven information I find to new handgun shooters. The combat grip is used by both competition shooters and self-defense trainers alike. This is why I have chosen to go with this as the proper grip. 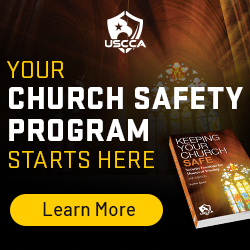 The proper handgun grip of a revolver is different than the pistol. The main difference in your grip will be with your thumbs. On a revolver grip, you have to make sure your thumbs do not extend past the cylinder. The reason for this is, the revolver has a slight space between the barrel and cylinder. As a result, you could inadvertently cause damage to your thumb. The revolver grip is also a couple of different versions based on your type of pistol and hand size.

This revolver grip has the potential to do damage to your thumb. The larger the gun the more damage it is likely to do. As a result, some people have even lost parts of their thumb. The photo on the left, if a prime example of what not to do. She is using a pistol grip on a revolver.

Many of the same technics are used with the revolver grip that is used with the pistol. The proper revolver grip has to be as high and tight on the gun as possible. Your wrist also needs to stay locked while shooting. The main difference is the thumbs are crossed or side by side. While keeping your thumbs clear of the front of the cylinder. Others will also place their thumbs side by side, both are correct. I won’t repeat all the proper handgun grip stuff from above. Just know that it would be the same unless it shows differently.

As you can see here, the smaller revolver uses the crossed thumbs on the rear of the gun. This is likely where the crossed thumbs grip came from on a pistol. Except here it is the proper grip. If you are using a revolver with a hammer. It is important to make sure your thumbs are clear of it. This revolver grip will also give you more control than the thumbs on the side. Always keeping in mind the smaller the muzzle the more kick it will have with large ammunition. As a result, you will want to make sure you have a nice firm grip.

Ways to Improve your grip

The first thing you will want to always do when practicing is to make sure your grip is firm. What I mean by that is even if you are doing dry-fire practice at home. Use the same grip you would as if you were live firing. If you do like I did and randomly practice your grip. You will want to make sure it is always firm.

By always using a firm grip, you will make sure that it becomes a habit. There are several exercises you can do to improve your grip. Walking around with anything that has weight can help. Pull-ups often help with improving grip strength. If you have dumbells you can carry around, that will improve your grip. Personally I am disabled so all of these things were out of the question for me. I ended up ordering a hand workout kit from amazon for under $15.00. The kit also allowed me to work on proper trigger management as well.

The proper handgun grip is a very important step for new shooters. Without a proper grip, you will find a lot of your follow up shots will be off. It is easy to aim and get one good shot on the target. Next to trigger control, the grip will likely be the most important.

New shooters will often find that when things are going wrong at the range it starts with the grip. For example, if your gun is flopping around too much or you are getting stovepipe malfunctions(discussed in another post). You likely have a loose wrist. If you find your gun dipping too low after it recovers or taking to long to get the sight back on target. These could both be a result of grip problems.

The good news is you can fix these issues. Every aspect of owning a gun is a responsibility and will take training to become proficient at it. Having the right information, in the beginning, will allow you to progress faster. It will also ensure that you will be able to fix many of your own mistakes along the way.

I am a father, and grandfather, who has a Masters's Degree in IT & a certified USCCA concealed carry & home defense Instructor. I became disabled from work injuries early in my adult life. I also spent most of my life being anti-gun however, after a few years of research and re-evaluation. I switched my focus from anti-gun to learning about guns. I am now the author of "From anti-gun to pro-gun and beyond". My goal is to become an Instructor for people wanting to conceal carry and learn self-defense. I am focused on sharing everything we learn here at RGD Reviews. This site was not set up to make money, although any donations and book proceeds will go to sharing future training. We thank everybody for taking part in our site and hope you find something that helps you in your gun journey.

Importance of the proper stance